Today I’ve been spending quite a bit of time on WordPress, trying to find new blogs to follow, liking posts, and making comments.  I’ve used the WordPress Reader for years to follow other blogs and keep up with some of my favorite writers.

However, I am having issues and I can’t seem to figure out a work-around.

Many of the blogs I like to follow are not WordPress.com blogs, they are self-hosted blogs.  No problem, simply enter the RSS feed into the WP Reader and follow the blogs, right?

Except it’s not working.

I know that I can have new blog posts (from self-hosted or WP.com blogs) sent to my email.  However, I prefer to read through the WP Reader, rather than having a ton of emails clogging up my inbox.  So I go into the Reader ‘manage’ and turn off all the email notifications.  I get the blog posts in the Reader, and my inbox is organized. Win-win, right?

It would be, but for the fact that some of the self-hosted blogs are NOT showing up in my Reader.  I received 8 emails on a blog I recently followed, so I know there have been posts published.  But when I go back into my Reader (even allowing for the additional time it takes for those posts to show up in the Reader), they are not there. At all.

I don’t want to have to use yet another app to read blogs on my devices.

So how do I get these blogs to show in my Reader?

Is it something in the way the self-hosted blogs are set up that keeps them from showing in the reader unless I send them to email?

In my inaugural post, I wrote about how I’ve been blogging for years.  I’ve also helped others start their own blogs and/or websites using WordPress.  It’s always been my favorite – probably because I know it better than other platforms, but because I truly thought it was better than anything out there.

Today, however, I am feeling more than a little frustrated with WordPress.  I’m late to the party, I know, but I am NOT A FAN of the new Bee Boop (or whatever cutesy name they gave it) editor.

I have another active WordPress blog, and when they introduced the new editor, I simply said, “No, thank you,” and went back to using the old editor, which you could find under the WP Admin menu option.  I’ve been using the ‘old editor’ on that blog ever since.

Since I was starting a new blog (and because I couldn’t find the WP Admin option when I wrote my first post), I just used the new (*shudders*) editor.  About 30 minutes after hitting publish, I realized that I had neglected to add any categories or tags to my post.  GASP! Why? Because they weren’t in all the usual places, so – out of sight, out of mind. 😦

I went googling, trying to find information on how to access the old editor (which I have used for YEARS) and am very familiar with.  It seems that when the new editor was introduced, plenty of people had the same reaction I did.  However, since it’s now about a year later, none of the tips/tricks that I found actually led me to the old editor.

I know it must still be there somewhere under the hood, because I use it on my other blog.  But no matter what contortions I try, I cannot access it via this blog.  (Both blogs are on WordPress.com, so that’s not the issue.)

My head tells me that I should just get used to it – obviously the WordPress folks think their new shiny is an improvement over the old one, or they wouldn’t have made it.  My heart, however, longs for the comfort and familiarity of the old editor.

So if any of you out there in the blogosphere have any tricks up your sleeve to share with a new oldbie about accessing the old editor – please share!

In the meantime, I’m going to go re-watch some ST:NG episodes and have some Earl Grey tea, hot. 🙂 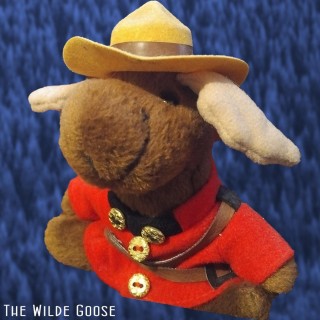